Amani Gold is committed to improving the social, economic and institutional development of the communities in which it operates and has assigned a high priority to the management of the local community in the Democratic Republic of Congo.

The Company is engaged with the community and has developed a sustainable relationship with the local population and its traditional leaders. A key area of the Company’s focus is to contribute to the community and create a positive impact and improve both education and infrastructure in the area and assist with medical care when needed. 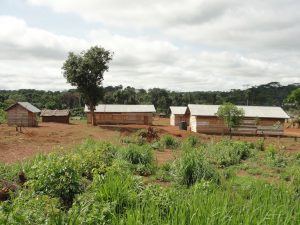 Amani Gold supports community projects and one project which has benefited from the Company’s contributions was the development of a school which provides lessons for children from nursery level through to secondary.

The school, built in 2016, is located in Drikoma Village and is close to the Kebigada gold deposit. At present the school has provided over 250 children with access to education.  The school is considered one of the best in the territory and it is with great pride that the headmaster has surrounding himself with a team of motivated teachers which has resulted in increasing numbers of students applying to attend the school each year. 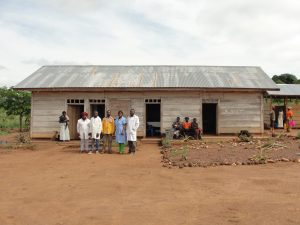 Amani Gold has also strived to significantly improve the communities access to local health care. The Company operates a basic clinic in Drikoma Village which is staffed by a general doctor and a team of 3 capable nurses and one laboratory assistant.

Due to the expertise of the clinical staff and the clinics modern medical equipment and supplies, the health care centre attracts patients from all over the area. The clinic specialises in pregnancy and birth and the treatment of common diseases like Malaria and Typhoid Fever. 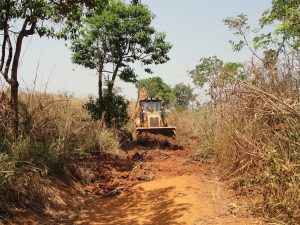 Road prior to upgrade

The local infrastructure dates back to colonial times and has dramatically deteriorated over the years due to lack of upkeep. To improve the areas infrastructure, in 2013 Amani Gold re-opened an old road connecting Giro with the main road to Watsa which had become unusable and was suitable for motorbikes only.

This greatly improved the livelihood of the locals as the new path allowed locals to visit local markets and remote areas which were previously only accessible by bike/motorbike. Of importance, prices for goods and services dropped as vehicles and trucks were able to reach and service customer who were previously supplied merchandise by bicycles and motorbikes. 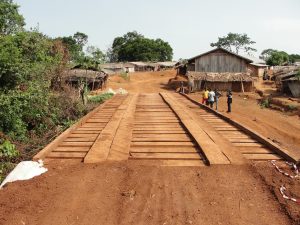 Maintaining infrastructure in a tropical environment is a constant process. Bridges are notorious for being major bottlenecks slowing down commuters and the transportation of goods. Over the past few years the Company has repaired and rebuilt bridges of 2 metres to 15 metres in length. Amani Gold provides a local road maintenance team on demand to minimize the effects of natural erosion and wear. This is greatly appreciated by the local communities. 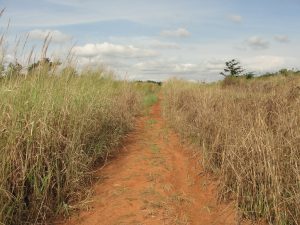 A key project that the Company has been facilitating and engaged in is the rehabilitating of the old airstrip in Watsa. Following a revamp and major renovations it is expected that the airstrip will become operational again in July 2018. Abandoned for decades, major work has been accomplished to restore the compound. The airfield will re-connect Watsa, being the traditional administrative center of the region, with the provincial capital (Isiro) and other major towns in the north-eastern part of the country. 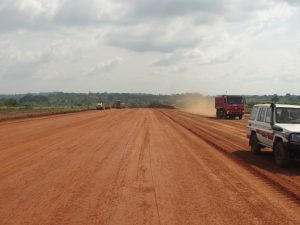 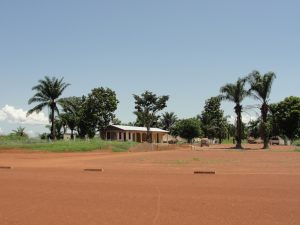